A Thought In The Midst Of A Controversy

As a student when I was representing the college for one of the debates, the topic that was assigned to me, was “Ideas govern the world and not Men” (Well, it could have been more liberal without a gender bias!). Nevertheless, it did gravitate a deep reflection as ideas are born out of humans, and human get the backseat when ideas win and get celebrated. The inter-dependence between ideas and humans is indeed quite complex to be put in a right and logical perspective, though attempts could still be made which are non-biased. On similar lines, a recent notification (subsequently withdrawn) which fielded a debate on whether the disciplines of Mathematics and sciences are really required for the entrance to engineering courses, had both welcome and caustic comments. I am not planning to sit in judgement on the correctness or otherwise of the decision, not am I am planning an advocacy for either side. But a deep reflection, indeed reveals that the current relevance of Mathematics and sciences to the development of a competent engineer leaves much to be desired. If its dependence would have been unavoidable, no such idea could have even emerged.

The objectives of both the disciplines are not merely to provide capsules of data, information and knowledge packs that could either by learnt by rote or could be repacked and delivered for the purpose of an examination to acquire a certification. There is something beyond that and much more. The underlying aim is to develop mathematical thinking and scientific temper. That raises the question whether our transactional methodologies both in schools and higher institutions of learning have seeded, nurtured and cultured the processes of mathematical thinking and scientific temper. Well, even if one could agree to this as ‘yes’, just to please the advocates arguing on this side of the platform, it is abundantly clear that the percentage of such learners is abysmally low. There could be several reasons for such a situation, but one obvious reason is that our pedagogical processes and curricular architectures and modes of assessment have not facilitated for achieving these ends. As such these exercises should start from primary levels of learning with focus on increasing thrust on solving complex problems through the practice of the above at higher institutions of learning. 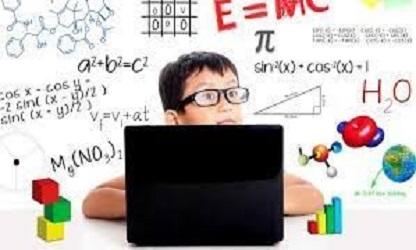 1. The problem of the chicken or the egg

The classical debate on the question given above can be extended to this debate – should assessment drive the pedagogy or should the pedagogy drive the assessment? After all, curriculum can be positioned to suit both. For several reasons driven by the national and social priorities, we have been continuously and constantly liquidating the benchmarks of quality in learning and assessment with a high thrust on the number games to define our success in social and political achievements. We have made several compromises with regard to the status of quality of learning, quality of performance and the tools that would lead to their definitions. Hence learners and teachers have for long been dealing with the body of knowledge rather than the soul of knowledge. While we wanted to upscale the number of eligible persons available to employment, we marginalized the quality of such people undermining the skills of mathematical thinking and scientific temper.

Completion of the syllabus rather than discovering the syllabus has always been the priority of teachers almost in all disciplines of learning. Whether they were helpless due to compulsions from different quarters or whether it was convenient for them to safely navigate through conceptual tsunamis, the time and space for any type of thinking about the concepts, reflection, analysis, debate, evidence requirements and the like were not made available. Mathematical thinking and scientific temper which had their foundations in all disciplines of learning, be it arts, humanities, commerce or sciences was marginalized. As such, they should have been non-negotiables in all types and formats of learning. Thus, straight-jacketed thinking for years deprived the learners from other alternatives and made other thinking models stressful, far-fetched; hence learners did not opt for them on a voluntary basis.

3. Compartmentalization of the Knowledge Universe

Well, the universe of knowledge is so vast and hence compartmentalization certainly led to better organization of knowledge and its verticals for more methodical, logical and focused pursuits. But, over the years the compartments became intensely exclusive, thereby rejecting even associated disciplines to step in to have an inter-disciplinary, inter-polar and integrated thinking. Authoritarian models got developed to celebrate brands, controls and intensify opportunities for economic and professional growth. These attitudes damaged extensively a broad-based approach to the development of knowledge universe. Both convergence and divergence of knowledge led to exclusive thinking strategies specific to disciplines. In such extensive growth models, learning based on logistics with mathematical thinking and evidence based experiential approaches to develop scientific temper got underrated.

There could be a number of other reasons including non-availability of faculties exposed to such models of pedagogy, as they themselves have not undergone learning situations through such models. However, the fact remains, it is high time we examine the need and urgency of mathematical thinking and scientific temper beyond a debate whether these disciplines are required for further studies in professional colleges. To me, these two are required for a healthy growth of a civilization that would stand strongly for the challenges of the future in all aspects of life processes.