Academic Leadership calls for continuous learning, growth and development. It is all about remaining current and competent at all times. It requires not only familiarity with the relevant and contextual skills in the universe of knowledge and skills, but to acquire competencies both in the current and futuristic perspectives for the institutional dynamics. More importantly a leader is required to be a mentor of the head, hand and heart of the people taking shelter under one’s professional umbrella.

An academic leader needs to be authentic, credible, emotionally intelligent, balanced, compassionate and confident. The leader’s ability to be a part of a team and display the qualities of leadership as well as partnership is vital for a healthy growth. 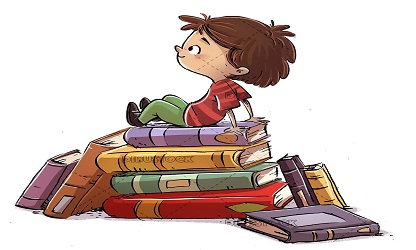 Here are a few roadblocks to effective academic leadership which I have observed in the course of my interactions with several hundred leaders in education in the last four decades.

Ms. Sharma was the head of the institution for over 15 years. She has helped in the growth and the management of the institution. She is popular in her community and enjoys good public rapport. But she banks heavily on her previous success and often plays ‘the Tarzan syndrome’ – that she can handle any situation with confidence. But she has not got updated with several changes that happened in the field. “See, all my students have done well in life. I have carved a path for this school. I don’t want the existing practices to be corrupted by modern ideas, technology and gaming. Education is a serious business to be played with" she claims. Consequently, she doesn’t recognize the members of her team who meaningfully respond to changes through personal efforts. This appears to be a typical case of ‘learned helplessness’ which is inhibiting her performance profile. Leaders with ‘learned helplessness’ tend to stagnate where they are and remain positional leaders than futuristic leaders.

Mr. Reddy brings with him thirty years of experience. He is heading the school in a tier-2 city. His pride in being a gold medallist during his early days in the university, is something about which he can talk for hours. He is aware of the changes that is happening all around. “You are right. Changes do happen, but for people like us in tier-2 cities its reach will be slow and will take a long time. Before it reaches us, I would have retired.” His arguments appear untenable. “But you have a young team who are well aware of technology and can take your school to heights if you can put them on the front row.” This advocacy doesn’t reach him. “They are expected to teach and they are paid for it. If they want to grow by using all these things, they should do it outside the school hours. Here I am bothered about their performance in classrooms and the result.” He has no concern about the growth of the members of his team. He appears to be demonstrating ‘the frog in the well’ approach. To put in more accurate terms as Peter Senge, the management guru, would do – ‘the boiling frog’ approach which is not sensitive to the fact that it would die if it continues to remain in the water which is still boiling, thinking that currently ‘I am safe.’

3. Working under the carpet of power

Raghav a senior administrator, was having a dialogue about the need for the school to scale up and perform better. “We have a strong principal. She has the ability to control the staff. The moment her car reaches the school gate, the staff become tense and rush to the staff room. She is indeed one who maintains discipline.” I was laughing. The mistaken notion of power was evident. Creating a sense of fear among the members of the team is not a positive indicator of a good leadership. Possibly she had failed to develop cordiality and collaborative trends among the staff. There appears to be lack of trust in her team. Mistaken notions of power and authority are indicative of her lack of depth in understanding the basics of leadership. She is unwilling to listen to the team members. Her colleagues are unwilling to discuss with her any new possibilities for the fear of being singled out. She belongs to the group “I know it all”. ‘The lion in the den’ approach might certainly create fear about the leadership but not the respect, it deserves. When examined closely, she suffers from a sense of insecurity about the overreach of her staff to glory and leadership. She feels safe in keeping them under control.

4. Driving a team to exhaustion

Ms. Padhuka is a very intelligent and growth-oriented leader. Her administrative styles have gravitated many others to wonder what is behind the curtain in her organization. She had been a conscious learner in the profession for years and has certainly been rewarded for her growth. But the encomiums she had won, possibly has given her impression that she is on Mount Everest in her field. She wants her team to be always alert and competent, vigilant to all changes happening day in and day out. She drives her staff to intensive and immersive learning; further insists that their learning should translate into action. In the entire process, her team is fully exhausted and they tend to do things which are more extrinsic than intrinsic. The surface level activities appear to plunder the core growth of the institution. She is in the danger of deception. She feels happy when she is celebrated. Hence there is a clear division in her team, a group that flourishes by singing her laurels and another who are branded as ‘incompetent’ because they just do their job!

“Thank you, sir, for having consented to do a training program for my staff. I am delighted. They will certainly learn a lot of things today” Mrs. Shinde welcomed me with a smile. “But I will have no joy of learning from you today.” I asked “Why? What happened?” Her reply was shocking. “Usually, I don’t attend the programs with my teachers. I feel that I should keep some distance from them as a leader.”

“Distance? For what?” I quipped. “Yes. As a leader they should not underestimate me. I don’t know whether I am right or wrong, but that helps. I am able to instruct them with authority.” I was indeed surprised. Though I appreciated her frankness in telling me what goes in her mind, in a world of collaborative learning, where knowledge diffusion and skill acquisition takes place across the hierarchy, breaking barriers, such attitudes of celebrating positions to keep away from learning shows the leader in poor light. I had seen this attitude in several institutions. There are people who claim “I do my job; you do your job.” Their inability to move from “I” to “We” is a big roadblock to being what they should be.

A few academic leaders have a fancy for assimilation of awards, individual and social recognitions, and have a flair for visibility. While there is nothing wrong in getting acknowledged for good work being done, a hot chase for such things is undesirable. In a number of cases, they lack both academic insights, adequate experience or expertise; but they use either their contacts, social relationships, political or community supports or other financial support systems to be a part of such acknowledgements. It is to be understood that popularity and competency are not necessarily mutually inclusive. I have seen in many cases; they stand exposed sooner or later; and then they start rediscovering their much-needed self. Academic leadership needs no branding. It has a high gravity to get the people in its honeycomb.

7. The invisible ghosts behind success

There are a few academic leaders who have ghost writers, ghost workers who do all that is needed. They do the much-needed job of translating such things to public domains both efficiently and effectively. They tend to create ‘make believe’ situations about their intense knowledge of the subject with which they are engaged. There have been occasions when such leaders face the wrath of an intelligent audience. Of course, they do find ways of getting out of such situations with common sense an academic leader needs to have a good foundation about the subjects he is handling; a good preparation before he delivers; an intense understanding of the implications of his speech. Decades before when I was conversing with a senior educational administrator about the topic of his research in doctorate, he smiled and said “who knows? All my colleagues forced me to do this degree. They did all the work. “His frank acknowledgment did not surprise me, because he was a very experienced leader and had so much insight into the subjects, he was handling. His experiential learning was indeed admirable.