Relevance of Gandhi to an ever-changing world has been discussed in several platforms. Both political and apolitical leaders have argued from their own stand point of view seeking to justify their stand, often ignoring the fact that the fundamentals of Gandhian philosophy transgress time and space. The covid shattered societies have started examining the fragile nature of the consumerist attitudes to life and relevance of the universe of possessions, operations and actions. The realization for a speed-breaker to the market driven expansionist attitudes is evident if not explicitly but implicitly. The challenges faced by the social infrastructure redefining the purpose and frameworks of co-existence have led humans to reconsider some of their current values and progressions, leading to reconsider the view that ‘in a world where everything matters, nothing does matter!’

It is in this context; the following five basic tenets of Gandhian philosophy appear to be powerful messages to the entire world. 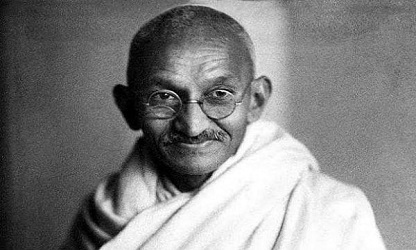 Gandhi believed in minimal requirements for life. His personal needs always remained limited. Several evidences exist in his life, where he consciously and thoughtfully sacrificed many of his requirements. His choice of wearing a simple dhoti along with a shawl at Madurai is a case in the point. The message is more powerful than the person. “There is enough in this planet for everyone’s need but not for everyone’s greed,’ said Gandhi. According to some historians, his personal possessions did not exceed twenty items. He believed that consumerist approach to life often derailed us from our pursuits of lofty ideals and became seeds for dishonesty and avarice. “Man falls from the pursuit of the ideal of plain living and high thinking the moment he wants to multiply his daily wants. Man’s happiness really lies in contentment. “The covid scenario stands as a testimony to the fact that most of our possessions became irrelevant, surplus, unnecessary and purposeless for our basic existence. Minimalism of Gandhi is indeed a message that could help us to seek more happiness in life.

The way the fear of covid impacted societies far and wide, the way it put most governments and processes in a defensive mode, made it clear that the value of life is more important than the value of all that qualifies the physical nature of life. In many corners of the world, the loss of life, the death of near and dear, the mortality of even physically strong persons in very short times, the irrelevance of abundance of money and other supplements to resurrect the life, indicated how all our quarrels, conflicts, greed, power mongering, or ego manifests as products of positions and possessions, were too immature, too insignificant and trivial in the process of living and co-existence. All the moments of anger displayed by us over others appeared as pitfalls in our understanding, relationship and wisdom. It is in this context, the concept of non-violence of Gandhi becomes relevant as a powerful tool for practice. “It is my firm conviction," Gandhi affirmed, "that nothing enduring can be built upon violence. " The concept of ahimsa was indeed based on the strong conviction of the goodness of each soul and hence the message of Gandhi is relevant to a post-covid world which has indicated the failure of human wisdom over Nature’s wisdom. The words of Gandhi are very impactful “Non-violence is the greatest force at the disposal of mankind. It is mightier than the mightiest weapon of destruction devised by the ingenuity of man.” Possibly we should learn to negate even flimsy mental thoughts articulating violence, as Gandhi advocates “A man is a product of his thoughts. What he thinks he becomes.”

The foundation to all kinds of leaderships is self-leadership. If one cannot lead the self, one would never be able to provide leadership to any one else or any system. The idea of self-leadership calls for a deep sense of self-awareness, self-identity, self- regulation, self-audit and self-actualization. To realize this goal and move in the right direction, one should be true and honest to the self. One should be able to accept the self with latent strengths and weaknesses. The covid environment proved beyond doubt that many members of the society felt navigating in ships without a captain, least realizing that they were the navigators of their ship. The very objective of any process of education is to create the faith and belief in the self to meet the challenges of life and rise while facing turbulent tides. During covid times, many cases of people rising to higher peaks of human excellence through self-leadership was evident. The life of Gandhi was a story of self-leadership. He argued during British suppression that ‘” they cannot take our self-respect, if we choose not to give it to them.” No wonder, this ‘half-naked fakir’ as Britishers called him, could demonstrate leadership and strength of character that made them leave an entire country. Self-leadership is edified on the strength of character. For post-covid world, a renewal of the strength of character is essential to evolve as a mutually supportive humanity, lest we will negotiate with disasters articulated by feeble minds. Gandhi wrote “The world of tomorrow, will be, must be, a society based on non-violence. It may seem a distant goal, an impractical Utopia. But it is not in the least unobtainable. Since it can be worked from here and now. An individual can adopt. the non-violent way without having to wait for others to do so. And if an individual can do it, cannot whole group of individuals? Whole nations?”

The barriers were broken; the iron curtains were removed; the misgivings were set aside. Covid did play a powerful role in bringing better understanding of the people through inclusion. The plight of the human race was understood and many reached out to others immaterial of the divisions of race, religion, community, language, gender and other intrinsic differences. The urge to help others nations through medicines, food, appliances and other interventions proved beyond doubt that inter-dependence of human race has to be kept in focus always. The words of Gandhi that could indeed appeal to every empathetic human being are “"I will give you a talisman. Whenever you are in doubt, or when the self becomes too much with you, apply the following test. Recall the face of the poorest and the weakest man [woman] whom you may have seen, and ask yourself, if the step you contemplate is going to be of any use to him [her]. Will he [she] gain anything by it? Will it restore him [her] to a control over his [her] own life and destiny? In other words, will it lead to swaraj [freedom] for the hungry and spiritually starving millions? Then you will find your doubts and yourself melt away." The scenario of covid did raise this concern, whether we could help one who is unseen or one who we have never met on earth?

5. The power of Purpose

Every life has a meaning, a purpose, a pathway and a goal. It is important to realize this purpose. Often times, due to lack of self-realization and inability to understand the power of the self, we tend to impose on ourselves the purpose of other lives. The mismatch of the vision and the mission of these purposes creates a conflict, an aggression and lack of compatibility. The covid realities brought to light the greater purposes of life than possession, assimilation, hoarding and controls. Nothing of these helped people to save either their lives or those of others. The larger purpose of life – to be able to be useful to someone, to be helpful to someone, to make someone else smile and to make someone’s life better and more comfortable was realized by many. Gandhi’s pursuit of purpose made him enjoy whatever he did. When confronted by a reporter why he had never taken a vacation, Gandhi quipped “I am always on vacation”. Oftentimes, it appears difficult to hold to a purpose, but the words of Gandhi do give a meaning and the much-needed energy “It is easy to stand in a crowd, but it is difficult to stand alone”. No wonder, every life has a purpose to achieve.

The foundations of Gandhian philosophy have eternal value.