Home > Leadership and Management > The Anatomy of a Friendship

THE ANATOMY OF A FRIENDSHIP

A good friend is a connection to life—a tie to the past, a road to the future, the key to sanity in a totally insane world.” —Lois Wyse, Women Make the Best Friends: A Celebration 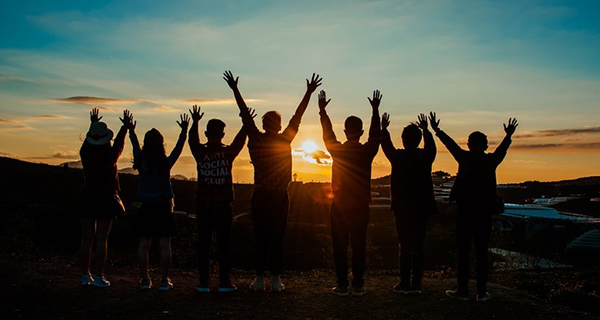 Stories and anecdotes on how friendships have been celebrated world over are available in the literature of all languages across the world. It is indeed impossible to draw a framework on how the friendship starts, how develops and how it turns into a strong bonding between two humans. In true friendships, barriers of religion, caste, community, culture, language, wealth and all other known barriers stand marginalized as it is a celebration of two hears communicating almost on the same wavelength. There are also a number of cases where we had seen how even major differences in belief systems, faiths and other convictions have not interfered with the celebration of friendship. “Nothing makes the earth seem so spacious as to have friends at a distance; they make the latitudes and longitudes.” No wonder, it is said that “A friend is a gift you give to yourself.”

There is a tendency in the digital world to form “friendships” online even without knowing who they are, what are their interests, purposes in life, objectives in relationships. It has become a privilege to say “I have xxxxx thousand friends. Such relationships indeed make no sense. “Many people will walk in and out of your life, but only true friends will leave foot printing in your heart. “ E. Roosevelt.

There is a lot of misunderstanding about the idea of ‘friendship’ because any known person doesn’t become a friend; a person who has spent a reasonable amount of time with us doesn’t necessarily become a friend; a person who engages in a good chat is not necessarily a friend; a classmate, a colleague, a professional partner or an acquaintance doesn’t become a friend. “Dunbar Numbers” are suggestive of the social relationship we could extend and his scale of three possibly indicates the closeness and proximity of the relationships. “It’s not enough to be friendly. You have to be a friend.” — says R.J. Palacio.

In the current consumerist world, the fabric of friendship has become quite fragile, thanks to need-based relationships and utilitarianism. “Friendships’ are formed and broken with ease for convenience, comfort and for a cause. Rather it would be incorrect to call them as friendships even though that is a contextual term that is often used.

Here are a few case studies in such relationships:

Vini was a corporate professional. She handled leadership positions in corporate. But she was changing her organization quite frequently because her thirst for authority, recognition of identity and unlimited desire for freewill for performance, which created roadblocks in her own career. She always looked for associations with people who matter in the profession so that these associations could be referrals to her elevation in the professional path. Again, one could see frequent changes in such associates. “Hello sir” she could catch up with senior professionals in the field. But one fine day, when she meets them, she would behave as if she had never known them. Urge for handholding her ideas for growth was not indeed a bad proposition, but such relationships become fragile and have a natural death in a short span of time.

Silan was a marketing executive. He had a unique culture of finding friends and building a relationship with them “intimately”. “Yaar, you have touched my life so intensely that I cannot live anymore without your presence in proximity”. Possibly he could repeat these words to a score of people in a decade. His singular weakness is that he would expect ‘the friend’ to simply think the way he thinks, nod their head to all his views. “What is there in friendship if we don’t agree with each other.” But such operatives are only to suit his own convenience. Over a period, one could find that ‘the friends’ tried to avoid him for one reason or the other.

In modern times, the idea of friendship has become quite fragile. There is little clarity between an acquaintance and a friend. People are unable to differentiate between being friendly to a person and being a friend. Relationship building for utility is decorated with this wonderful noun. Well, it is difficult to see – Krishna and Kuchela, Duryodhana and Karna or those classical relationships, where people breathed for the other, experienced the other by empathy, reached out to help without expectation or expressed unconditional love for each other.

Some of the current issues in the designs of ‘friendship’ are:

In a number of cases, people question themselves ‘What is the value of this friendship?’ or ‘how this friendship would be useful to me for my growth?” or ‘how can I take advantage of this friendship?’ This selfish attitude destroys positive emotional bonding between people. In short, these are need-based relationships designed for a specific period of time and operational universe. J.C. collins rightly says “In prosperity our friends know us; in adversity we know our friends.”

Friendships are developed and sustained oftentimes for mutual benefit. Such mutual benefits could be for profit in business, professional growth, economic development or for similar advantages. In such cases, people distance themselves immediately after they find this purpose is not served or if they are at a losing end. Such ‘friendships’ are volatile, effervescent and fragile.

There is a tendency among many to get proximate to people who enjoy some kind of a brand either professionally or socially. Some consider that such ‘friendships’ also bring them some kind of ‘associate brands’ and hence there is some value in such kind of proclaimed friendships. In many cases, the people who hold the brand may not even know such people who claim such friendships.

4. Are they helpful in making bridges?

Many people seek ‘friendships’ with others, not necessarily because they are interested in them or they are useful directly, but they are helpful in making bridges with others who matter. Such friendships are celebrated only till the outreach is established or the bridges constructed. After a while, there is a tendency to avoid these people as they are considered iron curtains in the outreach or for the feat of being exposed to certain realities.

“A friend is one that knows you as you are, understands where you have been, accepts what you have become, and still, gently allows you to grow.” Says William Shakespeare

Celebrating friendship is indeed celebrating life. As Hazlitt puts it, it shows the latitude and the longitude of the expansion of your personal universe. I agree with Walter Winchell who puts it succinctly “A real friend is one who walks in when the rest of the world walks out.”

Some Common Mistakes that Entrepreneurs do