Home > Leadership and Management > Some common mistakes enterprenurs do

SOME COMMON MISTAKES ENTREPRENURS DO…

NIKAS had experimented with a business model outside India. He was quite successful. He made a reasonable profit, more than what he could have imagined. He almost became a celebrity in the local community and of course, a person with a circle of influence. The success story prompted him to extend his experiment in India. He sought the financial support of some local venture capitalists.

"Nikas, I am a bit afraid whether you could take off here as you did in the other country. For two reasons – one, there is already a heavy competition for the kind of services you would be rendering; Second, the climate for the services that you would be rendering comes with a higher cost which local markets cannot afford."

He smiled and countered the argument based on the survey done for him through some local marketing research company. Unfortunately, he could not achieve even a minimal success. 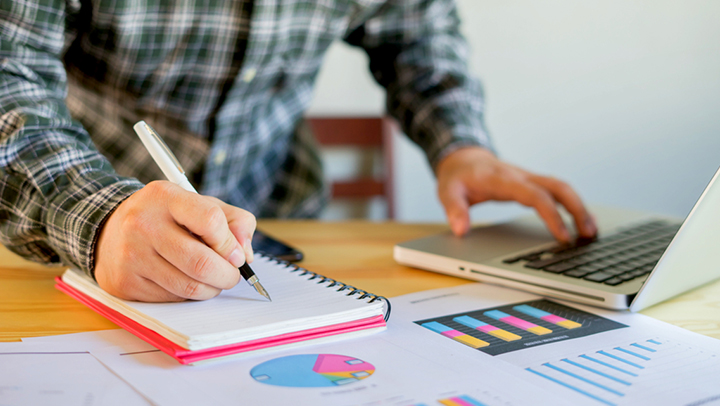 Vidyut, the middle-aged entrepreneur, brought with him success stories of his support to a few ventures and also experimenting with one or two small enterprise models. He was indeed wondering why he could not do it himself, while he could make others win the game. He really wanted to take a big leap and therefore engaged on a full-time basis with some brilliant ideas (that is what he claimed them to be!). He did not realize that mere ideas alone don’t work. One needs a lot of understanding, planning and preparation for any venture. One has also to be aware the dynamics of markets and the kind of investments one needs to really get on to the enterprise in a meaningful manner. The wisdom, wit and knowledge of Vidyut could not help him to take off even to a reasonable level.

"Entrepreneurship is neither a science nor an art. It is a practice." Says Peter Drucker.

In the last twenty years, I have had the opportunity of interacting with several entrepreneurs, both small and big. While a few success stories are worth celebrating, a number of failures have shown the kind of some common mistakes people do. Here are a few:

Sabreen, was a management graduate. She had a deep business instinct and was wanting to make a mark. Though the products she designed through her enterprise were current and market friendly, she could not make a break through. She was not having adequate resources both financial and human. A number of people want to venture into some start-ups, just because they are enthusiastic about doing something different and new. They fail to understand that mere enthusiasm doesn’t help, though it brings a lot of energy to move ahead. Enthusiasm, without investment, without deep understanding of the market needs, without adequate knowledge of possibilities, without adequate investment and resources, will lead to disappointing engagements. It is said that "To be successful you have to have your heart in your business, and your business in your heart"

2. Originality and creativity, not competition matters

A number of entrepreneurs tend to replicate processes and products which are either already existing or which do not make any significant difference to the clientele. Yet, they tend to believe or advocate that they make a difference. Cosmetic re-orientations in the design or the outfit of the processes or products do not really make a serious impact in the minds of markets. While welcoming an entrepreneur, they certainly look forward to something which is either creative or which makes a difference. Often, the authenticity of the entrepreneur attracts a debate. The entrepreneurs need to learn about designing products which have a positive future. They need to work for them. "The best way to predict the future, is to create it." Says Peter Drucker.

3. Enterprise is not a one-man army

A number of people with brilliant ideas believe that they have a magic wand to wave and the blessings will fall from the sky. Hence, they can work single handed to make new frontiers in the world of business or in product brands. While their optimism is indeed commendable, any enterprise calls for a spectrum of competencies with immersive experiences to strategize the entire plan of action. It calls for a team work of at least a few who stand delegated with responsibilities in selective operational areas. A number of people who think that they can run a chariot of seven horses with a whip in their hand, have often found that the horses don’t cooperate and pull the chariot after a given period of time. Celebrating the self doesn’t always work.

The evidence that a given enterprise has worked in one specific geography doesn’t guarantee that it would be successful elsewhere. Oftentimes, products and processes have a geographical gravity and cultural sensitivity. Further, the geo-economic considerations, heritages of a place are quite impactful in deciding the kind and the climate of the products purchased, serviced or in use. A number of entrepreneurs who miscalculated the possibility of their enterprises in newer geographies have learnt that such attempts are fatal. To bring about a cultural change in the thought architecture of a community takes time. Yes, sometimes emotions play a significant role in creating a Tsunami about the need of a product, but this is not a universal phenomenon.

5. Small could also be beautiful

In any experimentation with enterprises, it is always better to start small and grow steadily. The fact that one has a lot of financial support to cover a huge area right at the beginning without the service or the product getting validated from the market, may not bring the kind of rewards or results one expects. Felix, a corporate CEO, decided to introduce an improvised version of the company’s product, least realizing that the earlier product has a high scale of reach and it bringing rewards more than expected. Thereby, he set a competition to his own existing product and found losing grounds in both. It is said "Every successful person was once an unknown person that refused to give up on the dream." Therefore, starting small and taking a tiny step does not suggest that you will continue to do so for ever.

6. Magic doesn’t happen by turn of the day

A number of young entrepreneurs feel that there is always a magic possible and that they can become an Alibaba overnight. It never happens. Expectations have to be reasonable, scales moderate, patience sustained and focus positive. Wise planning, pragmatic strategies, organized reach, understanding the client psyche and a well-defined route-map to targets have to be put in place. Entrepreneurs can’t afford to get defeated by competitions or by their own convictions. The feeling that Lady Luck seems to be having an overdose of sleep at their house without extending an immediate grace, should not demotivate them about a possible bright future.

7. Quality has a cost

A number of entrepreneurs suffer from a mismatch between their intents and their processes. They are hesitant to invest on quality processes or quality people, because of their excessive cost consciousness. Consequently, either the message of poor quality or mediocrity spreads into the market or among the clientele. This causes a withdrawal symptom among the client community. They often get a message "you have a long way to go". It is important that quality propositions of the entrepreneur should gravitate the buyers.

8. Sustainability is a value

Keeping the range of productions alive, ensuring the line of supply vibrant, engaging the consumer on a continuous basis are some important dimensions of sustainability of business. Large gaps in terms of time or duration of supply, delivery, contacts or any other type of engagement will have both short term and long-term impacts, as they could corrupt the belief systems of the consumer. Oftentimes, entrepreneurs fail to ensure the above either due to inadequacy of monetary flows or resource crunch. Hence, even if they are encouraged initially, they do not survive long in the market.

9. Reach and Revenue has to be balanced

A few entrepreneurs focus on penetration into the markets in a large scale and in doing so, they undervalue their pricing policies; thus, suffer a loss. They think that it is only an initial hiccup and they could manage later. In reality, a majority of them don’t. There are others who stay focused on investment recovery immediately. Focusing on the revenue, they consciously lose on the reach. In such cases, even minor blows in the existing markets send danger signals to their business models. Prudence demands that they need to learn to balance both through well-designed strategies. It is said "Chase the vision and not the money. The money will end up following you."

Oftentimes, new entrepreneurs suffer from webbed feet. They are unwilling to move further from their past learning. Chained to their previous experiences, they become inflexible, unwilling to learn and change. They try to force their own ideas and concepts on others just to prove themselves as people with glorious ideas which can never be bargained. Their inflexible attitude leaves them isolated in the competitive universe and it becomes too late when they come to realize their mistakes. "If we want to change the world, we change ourselves." Says Jack Ma. An entrepreneur is a committed learner.

Entrepreneurship is indeed an exercise in self-discovery in professional passions and needs a roadmap for leading the self.